MakerKids Links are links to cool websites that bring you into the world of making. Everything from computer programming to music to rocketry to bridge building. The links on the top of the list relate to projects we worked on last year.

Get creative with Scratch-Hour of Code

Connector Basics Tutorlai LINK
Connectors are used to join subsections of circuits together. Usually, a connector is used where it may be desirable to disconnect the subsections at some future time: power inputs, peripheral connections, or boards which may need to be replaced.

﻿How to Use a Multimeter Tutorial LINK﻿
This tutorial will show you how to use a digital multimeter (DMM), an indispensable tool that you can use to diagnose circuits, learn about other people’s electronic designs, and even test a battery. Hence the ‘multi’-‘meter’ (multiple measurement) name.

The most basic things we measure are voltage and current. A multimeter is also great for some basic sanity checks and troubleshooting. Is your circuit not working? Does the switch work? Put a meter on it! The multimeter is your first defense when troubleshooting a system. In this tutorial we will cover measuring voltage, current, resistance and continuity.

Paper tetrahedron shape
Whether you're a geometry fan or just in love with the faceted trend, make some Archimedean solid candles to add a splash of shape and color to your everyday life. Download the free templates to make your own geometric molds.

﻿Tetrahedron kite building pattern
Alexander Graham Bell used tetrahedral kites in the early 1900s to disprove the theory that size detrimentally effected a flying machine's ability to get off the ground. This Instructable will show you how to make your own tetrahedral kite using bendable drinking straws and Tyvek. It's similar in its design to other kites shown here, but this kite uses less material and is guaranteed to get off the ground in very little wind.

﻿Made with CODE
Code can be the most creative tool in your toolbox, get cracking.

The Hour of Code-take the challenge
The 'Hour of Code' is a nationwide initiative by CSEdWeek and code.org to introduce computer programming to 10 million students and encourage them to learn programming.

Code with a Robot
BotLogic is an educational puzzle game that challenges kids and adults to tackle complex logic problems while teaching valuable programming concepts. Using simple commands (and eventually code), players program their bots to navigate through progressively challenging mazes. As their skills improve, players earn rewards by using the fewest number of commands and go head-to-head with friends in programming tournaments.

CHIPs Code-Blinking eyes
Access the code for the Arduino here

The Physics of Sailing - KQED QUEST

How Does A Sailboat Actually Work?

How Does A Wing Actually Work?

What's an Invention. What do Inventors do?


Thomas Edison, the King of Inventors


Problems to solve-do you have a solution?


Prototype -how can we do it easily?

Take a look at the Indiegogo and KickStarter websites. Study some of the presentations. The variety and creativity of the projects is an inspiration.

The New King of KickStarter. Check out the story.

Draw in 2D as an SVG for the XCARVE machine

Starting this year, some of the subjects we link to will relate to aspects of making relate to our projects, but others might be on topics we just think you'd be interested in. We've got some videos, some interactives, or just text or pictures. We think they are all worth your time and consideration. They represent subjects we think you'll find pretty interesting, We encourage you to check them out. Cick on them,  take a look around and let us know what you think. We'll be adding to this list, so keep checking back to see what's new.

How about your ideas? Do you know of cool websites that are about building and architecture, engineering, technology, making art, music, photography or film? Or anything else related to making you think we all should know about? If you do, let us know! We'll add your links to this page!
YOU CAN LEARN ANYTHING
If you don't already know about the Kahn Academy, here's your chance to take a look. Want to learn something new, something of special interest to you? There is an excellent chance you can learn about it online at the Kahn Academy. 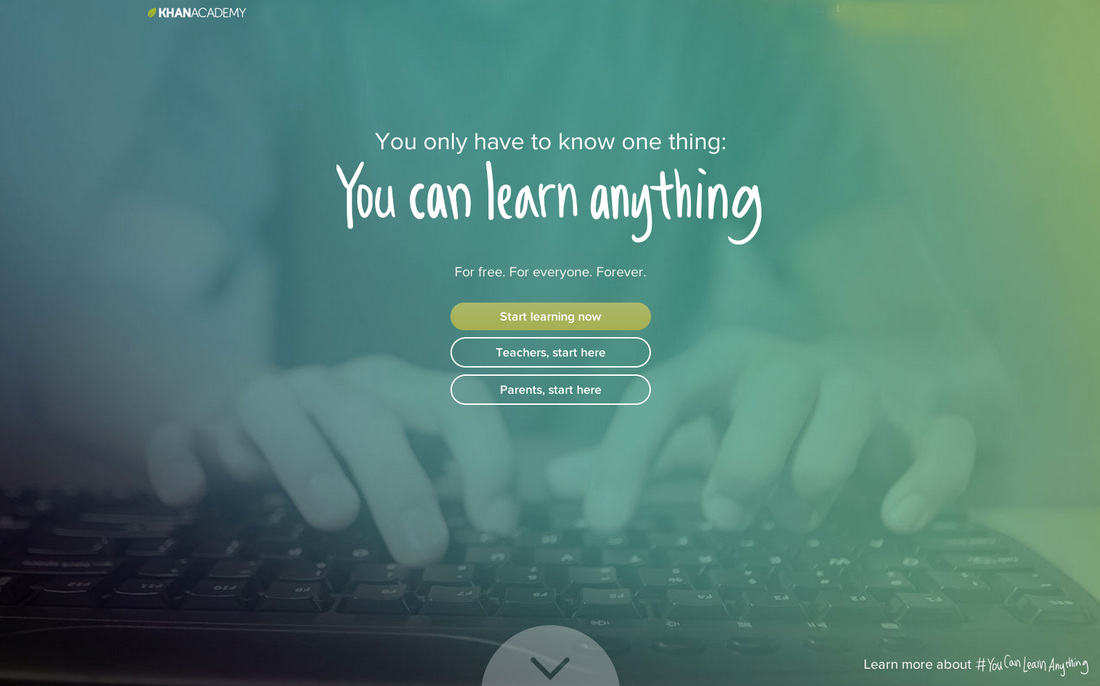 SCALE AND THE POWERS OF 10

1. Scale
In math and science, scale is a term used to describe and compare the size of objects and/or their distance from one to another. When the size or distance is big, I mean REALLY BIG, powers of 10 are use numerically to describe the scale. (It saves writing out tons and tons of zeros.) 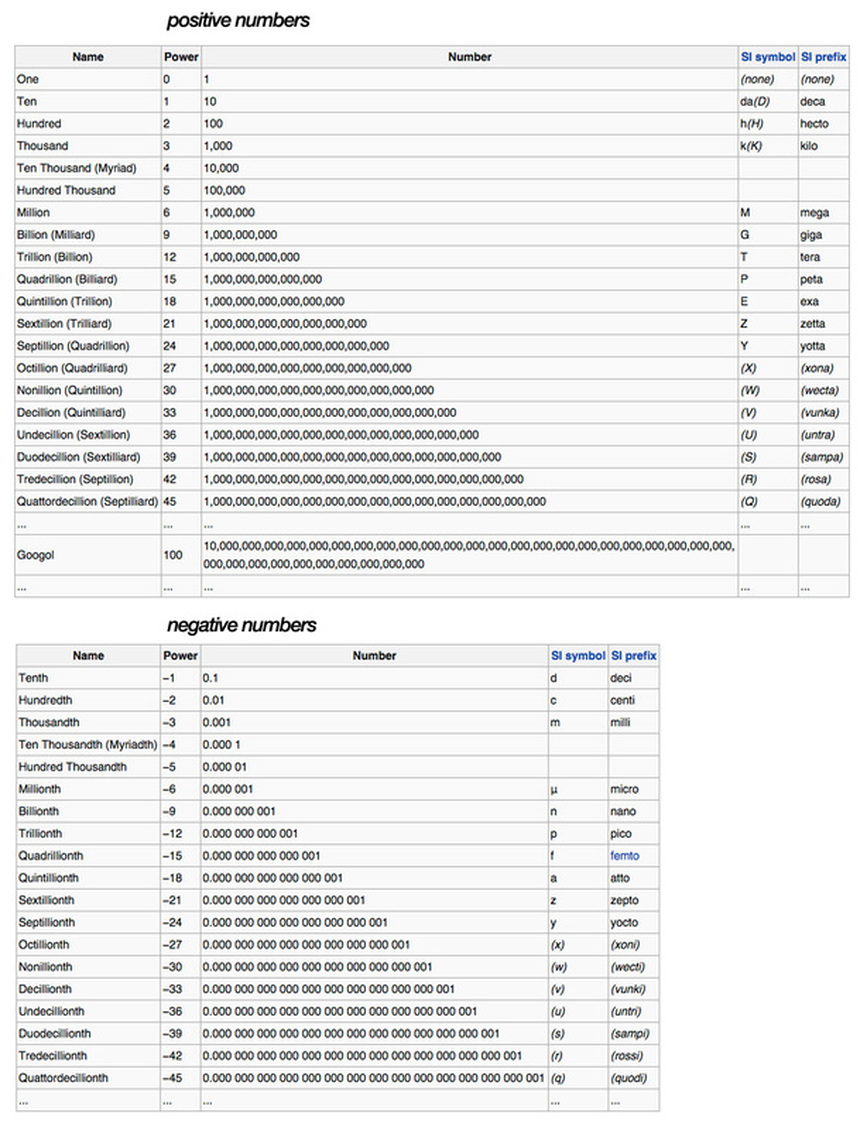 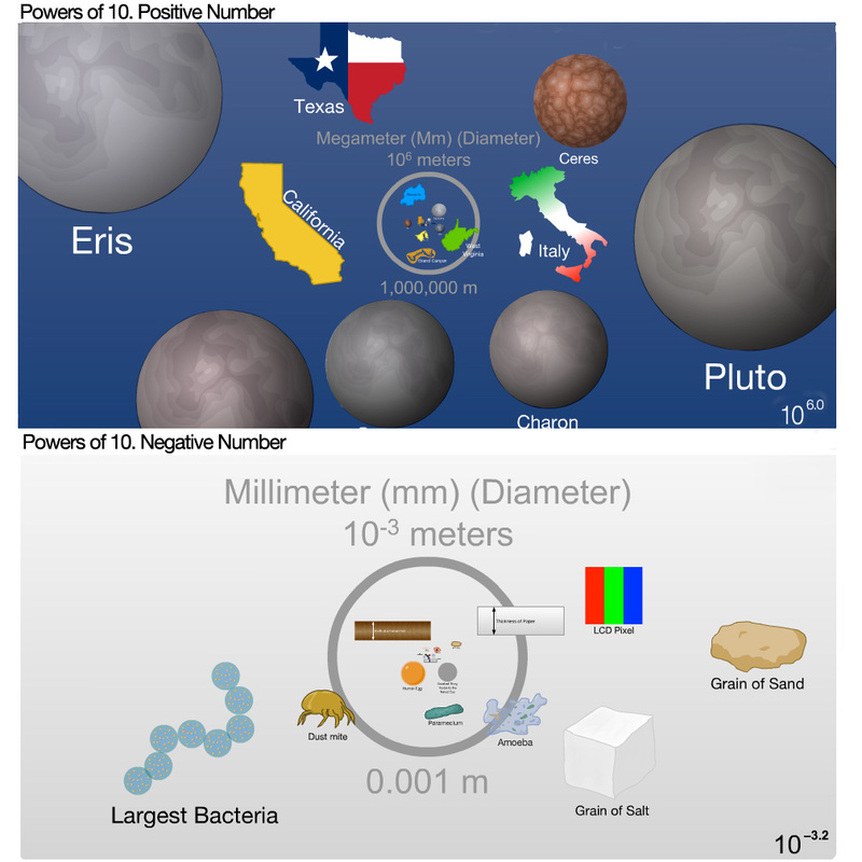 SCALE OF THE UNIVERSE INTERACTIVE               copyright 2012 Gary and Michael Huang
Check it out! This is a very cool interactive.

Press left or right or drag the scroll bar to zoom in and out. Zoom from the edge of the universe to the quantum foam of space-time and learn about everything in between. Do you know what quantum foam is? How about space-time. (They're pretty complicated, but maybe you should Google them anyway.)

Powers of Ten takes us on an adventure in magnitudes. Starting at a picnic by the lakeside in Chicago, this famous film transports us to the outer edges of the universe. Every ten seconds we view the starting point from ten times farther out until our own galaxy is visible only a s a speck of light among many others. Returning to Earth with breathtaking speed, we move inward- into the hand of the sleeping picnicker- with ten times more magnification every ten seconds. Our journey ends inside a proton of a carbon atom within a DNA molecule in a white blood cell.
POWERS OF TEN © 1977 EAMES OFFICE LLC
5. Secret Worlds - Another Excellent Powers of 10 Website.
The Universe Within View the Milky Way at 10 million light years from the Earth. Then move through space towards the Earth in successive orders of magnitude until you reach a tall oak tree just outside the buildings of the National High Magnetic Field Laboratory in Tallahassee, Florida. After that, begin to move from the actual size of a leaf into a microscopic world that reveals leaf cell walls, the cell nucleus, chromatin, DNA and finally, into the subatomic universe of electrons and protons.
Secret Worlds. Check out the link.
﻿
PHOTOGRAPHING THE NIGHT SKY AND THE STARS
We've all seen cool photos of the night sky and the northern lights (Aurora Borealis) and photos taken through telescopes of the moon, stars and galaxies. Here are some amazing ones from the 2014 Annual Photo Contest sponsored by the Royal Obseratory in the United Kingdom. Some of the best pirtures are taken through telescopes, but others are taken by regular cameras of  things you can observe right here on earth. You really should take a look. It might even inspire you to take an interest in astronomy.

The overall winner, this photo of the aurora was taken in Iceland, land of the unpronounceable geography. In this case, you're looking at the Jökulsarlon lagoon, located in Vatnajökull National Park.
Royal Observatory announces the winners of its 2014 Deep Space Photography Contest.
These images are amazing. Please take a look. Here's the link:

If you like this link, let us know. Also, what are your favorite pictures? A good topic for a maker discussion might be: what does it take to make these kinds of pictures?
BUILD A BIRD FEEDER PROJECT
A Two-Part Video about Birds and Bird Feeders
Here's are two videos we made about our local birds and their habits that features wild bird expert Jody Soules. Jody is the owner and manager of the Wild Bird Country Store in Great Barrington. Jody kindly consented to let us shoot video of her answering questions about the wild birds of the Berkshires, their habits and what they like to eat. This information has been very helpful in informing the designs for our Bird Feeder project. (You can also check out Our Weekly Blog page for detailed posts on building the feeders.)